You are here: Home / Archives for A Professional Speaks 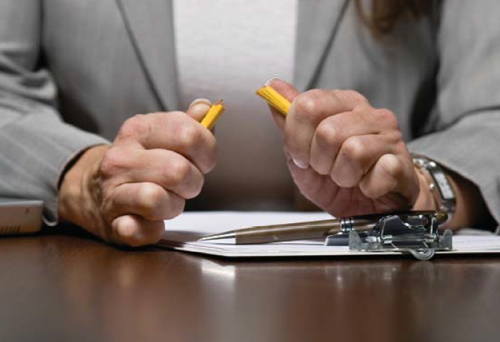 With the war on terrorism and the conflicts in the Middle East we continue to focus our attention on the prevention of another terrorist attack that devastated our country on 9-11, but with that focus in many instances we have failed to comprehend and combat a problem which affects us weekly and sometimes daily somewhere in the United States and that is the threat of Workplace and School Violence. Hence this article Workplace Violence Prevention.

Such tragedies have become all too common in the workplace. Conditions such as “downsizing”, lay-offs, and workplace stress have contributed to this condition. Now with the incidents of school violence, this has only contributed to the condition and concerns of not only corporations, but now in our schools.

Noble Protective Services has responded to bomb threats, stalking of employees and protection of plants and businesses from employees who were discharged and posed a potential threat to employees and facilities.

But how can businesses and corporations look for and prepare for these types of incidents? We have seen that workplace violence can be broken down into three categories:

• Acts involving relatives or someone that is known to an employee

The most common that we hear about in the media is acts involving current or former employees or acts involving relatives or someone who is known to an employee.

Let’s look at the first category. These are acts involving current or former employees. Many times an employee will give indicators before an act is committed. These indicators need to be identified and taken seriously by management and co-workers. Following are examples of indicators which we look for when called upon by a business or corporation in our threat analysis.

END_OF_DOCUMENT_TOKEN_TO_BE_REPLACED Well, it’s finally here the long-awaited fall edition of the circuit magazine. It was a pleasure to interview Tony Scotti, who is one of our industries icons. Here is an excerpt from that interview.

Question: Who or what inspired you to get involved in the field of executive protection?

Answer: It began with a moment of opportunity, which was followed by a life time of inspiration.  In the mid 70’s the concept of training people to avoid an ambush while in a vehicle was not common, and in fact almost unheard of. In 1974 two gentleman, Diego Arguello, a Cuban National, who worked security in Venezuela, and Steve Van Cleave, a security consultant and an original member of ASIS, took a chance on this new concept called “anti terrorist driving”, of which I was offered the opportunity to teach. I spent the mid 70’s conducting training throughout South America and the Middle East. The inspiration came from the positive results of the training and discovering how rewarding it was to apply my education as an engineer to this type of training.

Question: What tips might you have for new people trying to break into the executive protection business?

Answer: Training, Determination, and Perseverance. Attend a recognized training program, one that has a good network of former students and teaches the core skills: driving – advancing – surveillance detection. These are the skills that show up on job descriptions. Be willing to start at the bottom. Become a student of the profession – learn as much about the business end of the industry as you would about the operational end of the industry. Network – network – and then network some more. Emulate those who are successful in the business – do the right thing and pass it forward.
For the complete article visit: http://www.bodyguardmagazines.com

Bodyguard Careers is pleased to introduce Latonya D. Dupas. A relative newcomer to the business, Dupas is doing everything right to move forward in her pursuit of a long-term, successful Executive Protection career. Her determination and focus is inspiring and serves as a fine example of the kind of self-motivation required to succeed in what is a challenging field. She shares with us how her military and security background has served as a foundation for her career pursuit and what it is to be a female in a male-dominated profession.

BGC: How did you get your start in Executive Protection?

LDD: I have friends who work in security and they would ask me if I ever thought about being in corporate security. I think it was because my demeanor is very matter-of-fact, and straight-forward, and my skill set lends itself to Executive Protection.

My background is working with at-risk youth as both a counselor and an educator, which requires the ability to be an effective communicator; often negotiating or diffusing potentially violent situations. I also have a military background. I’ve always been a self-starter and law enforcement didn’t feel like the right fit. I started to do some research online and wrote letters to key people in the EP business.

END_OF_DOCUMENT_TOKEN_TO_BE_REPLACED

John Sexton has over 20 years of experience in law enforcement and security, both in the United States and abroad. He’s written numerous articles on security-related topics for international publications, and Sexton Executive Security provides services and training for government agencies and Fortune 500 companies. John recently traveled to China, the Middle East and India and he’s planning executive security training programs in Beijing, Shanghai, Saudi Arabia and the U.A.E.

BGC: How did you get started in the Executive Protection Field?

JS: Actually I can still vividly recall the first E.P. detail I ever worked. It was in the early 80’s in Ireland and I was assigned to protect a judge who was sitting on the bench trying a Terrorist (Offenses Against the State Act) case. At that time our terrorists thought nothing of assassinating a judge in order to have a case halted. It was their way of getting an adjournment.

I was a uniformed Police Officer and the job needed to be done by a plain clothes officer. That morning when I reported for duty, the Station House Sergeant told me to go home and change into “civvies” as I would be protecting the judge. I went down to the Judge’s home where we had a temporary trailer parked for the duration of the trial. The officer I was relieving handed me an old Webley revolver and a lozenge can which contained a handful of bullets.Â  Thankfully the terrorists didn’t show up during my shift as I am quite sure that my weapons (probably dating back 60 years to our civil war) wouldn’t have even slowed them down as they were typically equipped with Armalite Rifles and Semtex when they were activated for a mission.

BGC: Who are your typical clients? Celebrities, executives, political figures?

JS: We have celebrity, executive and political clients at times. The majority of the time though, our clients are executives.

BGC: What factors should new people who are interested in getting into this field consider? END_OF_DOCUMENT_TOKEN_TO_BE_REPLACED 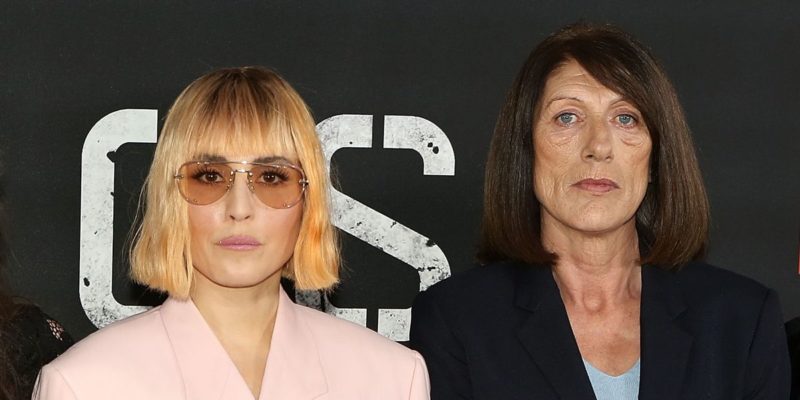 For more than twenty-five years British born Jacquieline Davis survived as one of the top operators in a male-dominated profession – the secretive, often dangerous world of covert operations. After leaving the police force she worked as a bodyguard, where her training – which included combat training – and a willingness to risk everything for “the client”, led her into increasingly dangerous operations, so much so that she became recognized as “The World’s Top Female Bodyguard”.

Her book, The Circuit is a fascinating account of one woman’s amazing experiences involving the dangerous job of rescuing children and adults around the world to the more glittering world of guarding well-known celebrities such as Diana Ross, Liza Minnelli and J.K. Rowling. Available from amazon.com or www. jacquiedavis.com

BGC: How did you get started in the Executive Protection Field?

Jacquieline Davis: Back in the 1970s, police pay was very poor and everybody moonlighted to earn more money. Working as a bodyguard was one of those jobs we were asked to do. Our Pay as a bodyguard was £30 per day for 12 hours. It was a fortune to us as police take-home pay was about £120 per month ($240 dollars at today’s rate). I was then asked by an agency if I would like to train as a Bodyguard, I said yes and the rest is history.

BGC: Who are your typical clients? Celebrities? Executives?

Jacquieline Davis: Most of my clients are Executives, I shy away from the pop bands and singers, they have minders, not Bodyguards.

BGC: What is a “minder?” END_OF_DOCUMENT_TOKEN_TO_BE_REPLACED