You are here: Home / Archives for Executive Protection Articles 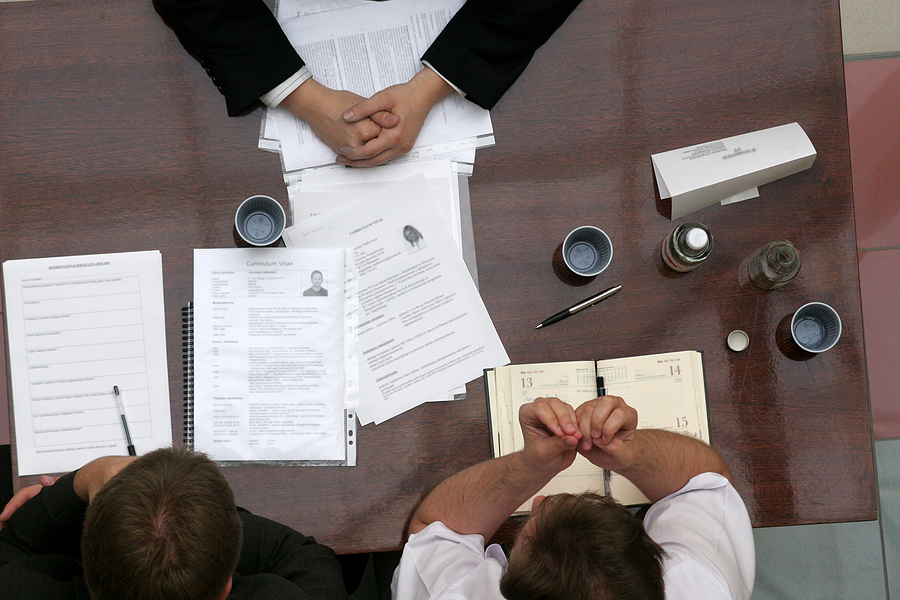 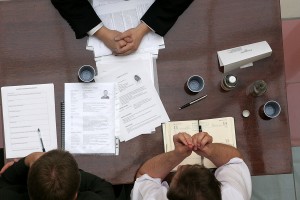 Setting a salary goal is an important factor when entering into the Bodyguard industry; analyze how much money you require per year and know what the current salary range is for the Bodyguard position you are interviewing for.

Your military, law enforcement, personal security detachment or private sector   background experience and strength that you bring to the Bodyguard position will be a great factor in your salary negotiation. Your strengths should include providing consistent thoughtful Bodyguard effort; this way you’ll be paid good money for the value you provide.

You have invested Bodyguard training and have hard-earned Bodyguard experience, now you should start preparing for a great salary from your Bodyguard career. The best scenario would be that you get your asking price or more (benefits, medical, vacation, etc.). Some questions the interviewer may ask in regards to compensation include:

•    What salary are you looking for in the job at (insert company name)?

•    What package are you looking for in the job at (insert company name)?

Never attempt salary negotiations before they actually offer you the position. Stay away from talking about the BG salary package until as late in the hiring process as possible.

When it is time to bring up your BG salary expectations know the smallest salary package that you are willing to accept and a perfect, maximum amount you’d be happy to accept. Do not give out the figures you have in mind.  Make sure the interviewer provides the salary figure first, before you start negotiations.

END_OF_DOCUMENT_TOKEN_TO_BE_REPLACED

When we are hired by or assigned to a Protectee, it is often as a result of a direct or implied threat to the Protectee themselves, or the fear of harm to a family member.  We understand that violence occurs for many reasons including revenge, financial, ideological and political motivators.

We also know that if we strengthen security for our Principal, an adversary might, through a process of “transference”, abandon his or her plans and attack a secondary target that is perceived to be softer, but still yield the same headlines or outcome. Thus, we include as another critical element of protective operations, the prevention of abduction.
END_OF_DOCUMENT_TOKEN_TO_BE_REPLACED

Recently it was reported that due to unpaid parking tickets, the vehicle
belonging to the security detail protecting former President George Bush’s
daughter Jenna Bush, was towed. Baltimore City has not confirmed (or
denied) if the vehicle belongs to the Secret Service, although Adrienne
Barnes with the Baltimore City Department of Transportation stated it’s a
“protective matter of national security.”

Vehicles with three or more unpaid parking tickets are being booted or
towed in the city; part of a newly launched campaign to collect unpaid
tickets. Currently, there are approximately 80,000 unpaid citations issued
by Baltimore City, which amount to $130 million in lost revenue, and the
city is intent on collecting on these fines.

Barnes was able to confirm that the “agent in charge” of Jenna Bush’s
protective detail is making arrangements for the vehicle to be released
from the impound lot.

This story serves as a great lesson for two reasons:

First, it illustrates that just because an agent is protecting someone
famous doesn’t mean the rules no longer apply. If the agent decided to
park illegally, or the meter ran out, or whatever the circumstances might
have been; there will be consequences. If I choose to park in No-Parking
Zone because I feel it will be safer for my celebrity client to  disembark
the vehicle in that location–I KNOW that I’m doing something for which
(if caught) there will be consequences. If I simply forgot to feed the
meter, and the time runs out; I can expect a ticket. . . and I can assume
it is my task to be sure the ticket is paid.

Secondly, somebody isn’t minding the paperwork–an often overlooked and
necessary part of working on any detail. Surely, a ticket was left on the
car. Then, a follow-up citation was sent. Somebody was responsible for
paying for the ticket. Whoever was responsible for the maintenance,
paperwork, parking, insurance and overall management of the vehicle wasn’t
doing their job. Perhaps this was a case of “the right hand not knowing
what the left hand is doing.” Which of course brings into question the
efficiency of the Secret Service Agency; and sheds an unfavorable light on
a government run organization.

A situation like this can be very embarrassing, whether it involves a
public organization or a private client; especially if the story is leaked
to the press. It’s the kind of mistake that–depending on the
employer–might even cost an EPS his job.

By Fred Burton and Ben West

The Security Challenge of Campaign Season

In the last weeks before the Nov. 4 election, the campaign of U.S. President-elect Barack Obama hit several different cities in one day, meaning that several teams of advance agents were deployed around the country at any given time. For example, on Nov. 3, Obama visited Jacksonville, Fla.; Charlotte, N.C.; and Manassas Park, Va. Campaign managers often adjust itineraries on the fly to meet the needs of the campaign.

This tempo constantly forces protection agents into new environments with very little time to plan and implement security measures. Wherever Obama traveled during the campaign, USSS agents would send advance teams to scout airports and motorcade routes, plan security for campaign sites, conduct liaison with local police and keep tabs on any persons of interest during the visit. The advance agents are supplemented by teams of extra agents to help secure sites; dog handlers and explosive ordnance disposal technicians to check for explosive devices; and uniformed officers to help control access to sites, man metal detectors and provide countersniper support.

Due to the nature of political campaigns, once a candidate like Obama lands and safely arrives at an event location, there is frequently tremendous exposure to the public. This is true not just on stage behind a podium but also as the candidate works the crowd, shaking hands, kissing babies and talking to voters. As seen during the May 1972 attempted assassination of George Wallace and the later attempts against presidents Gerald Ford and Ronald Reagan, it is during these times of close interaction with the public that a VIP is at the highest risk. Would-be assassins can use the crowd for camouflage and quickly get a close shot at the VIP, leaving little time for agents to respond to the threat. Because of this, working the crowd is a difficult task and one protection agents hate. Fortunately for the Obama protective detail, with the election period over they will find themselves in these kinds of situations less frequently. END_OF_DOCUMENT_TOKEN_TO_BE_REPLACED

According to the Associated Press, Javon Walker was beaten and left unconscious on a street in Las Vegas. The Oakland Raiders wide receiver had been partying, and was found a little after 7:00 a.m. He was hospitalized with “significant injuries.” A large amount of cash and some jewelry were taken.

This goes in the “what was he thinking?” file. Walker is rumored to have dropped $15,000 on the party the evening prior to discovering him unconscious on the street. He has a six-year, $55 million contract with the Raiders, where was his security?

I shudder to think just how bad this whole situation might have turned out. What if he had been permanently injured or crippled by his attackers? His career would be over. The cost to hire a few bodyguards for the night is so minimal for a man with his affluence–it’s laughable. It’s like you or I purchasing a pizza! Given the average cost of a visit to the emergency room, the surgery, medications, and the stay in the hospital, he has far surpassed the cost of hiring personal protection.

Perhaps he felt his size as a ball player would intimidate any would-be attackers, and so he didn’t feel the need for protection? I’ve no idea, I’m speculating. I’m guessing it was a group of men who attacked him, and even the biggest of men can’t thwart an attack by 2, 3 or 4 guys!Â

Beyond preventing a physical attack, Walker needs to think about public perception. Having a bodyguard or two on hand would have meant that someone had his back. After a night of heavy partying, his security would have arranged to get him home safely. Being found unconscious on a street after a party paints a very negative picture of the man. Let’s be honest here, we’re all thinking he must have been extremely intoxicated and disoriented, and clearly, he was unprotected.

I hope that other celebrities and sports figures heed this story.

Bodyguard Careers has addressed this topic before on this site (A SLIPPERY SLOPE: Balancing Ethics With Discretion as a Bodyguard) but I think it is worth another examination, given a breaking news story. As many of you may already know, former Navy SEAL bodyguard Stephen “Otter” Otten has been sent to jail for refusing to cooperate with an investigation into his employer’s former company, Broadcom Corporation. The company is under investigation for illegally backdating stock options and falsifying reported income. The jailed man’s attorney stated on behalf of Otten that “SEALs don’t snitch.”

I don’t know about anybody else, but I’m not sure I’d be willing to go to jail for my employer’s (alleged) misconduct or indiscretions or illegal activity.

I am curious as to how it is that Otten would be in possession of any corporate information as regards Broadcom–or that Otten was even aware of any wrong-doing on the part of his employer. Perhaps he was witness to certain meetings, or heard conference calls, nobody knows for certain. My understanding is that his job was to protect his employer’s children.

I do know that over the long haul of my years as a bodyguard, I saw things that were questionable, and witnessed all kinds of behavior–but never felt that I was in a position of being held accountable or responsible for another adult’s actions. BUT I also learned when to draw the line and let my employers know that I was not going to participate in anything illegal.

I can imagine how a young person, who is being paid a hefty salary could be convinced by an employer to conduct themselves in ways that serve their employer, but harm themselves. Which is why it is vital that bodyguards not become “star-struck” with the celebrity they are paid to protect. It is important to remember that these individuals–no matter how famous, rich, or influential–are people who are subject to the same laws and will suffer consequences for illegal actions.

It is extremely important to let your employer know that you will not participate in illegal activities of any kind. As to morals, that is something of a “gray” area. Some clients will cheat. Some will lie. Some will want you to “cover” for them. At some point, you may be in a position where you will need to ask yourself if the paycheck is worth it. If you sign on to work with a client who is known to be involved in drugs, or risky behavior you have signed on to an assignment that could potentially land you in hot water.Â

I think the wisest thing to do would be to remind your employer that just as you are keeping them safe and secure from harm, that you expect the same from them. Tell them in advance that you’re not willing to risk arrest. If you’ve been hired and it is clear that your employer is putting you in jeopardy you may need to resign. There is no “gray” area if it’s a choice between jail or a paycheck. The law is black and white.