You are here: Home / Archives for Featured Bloggers / Doc Rogers 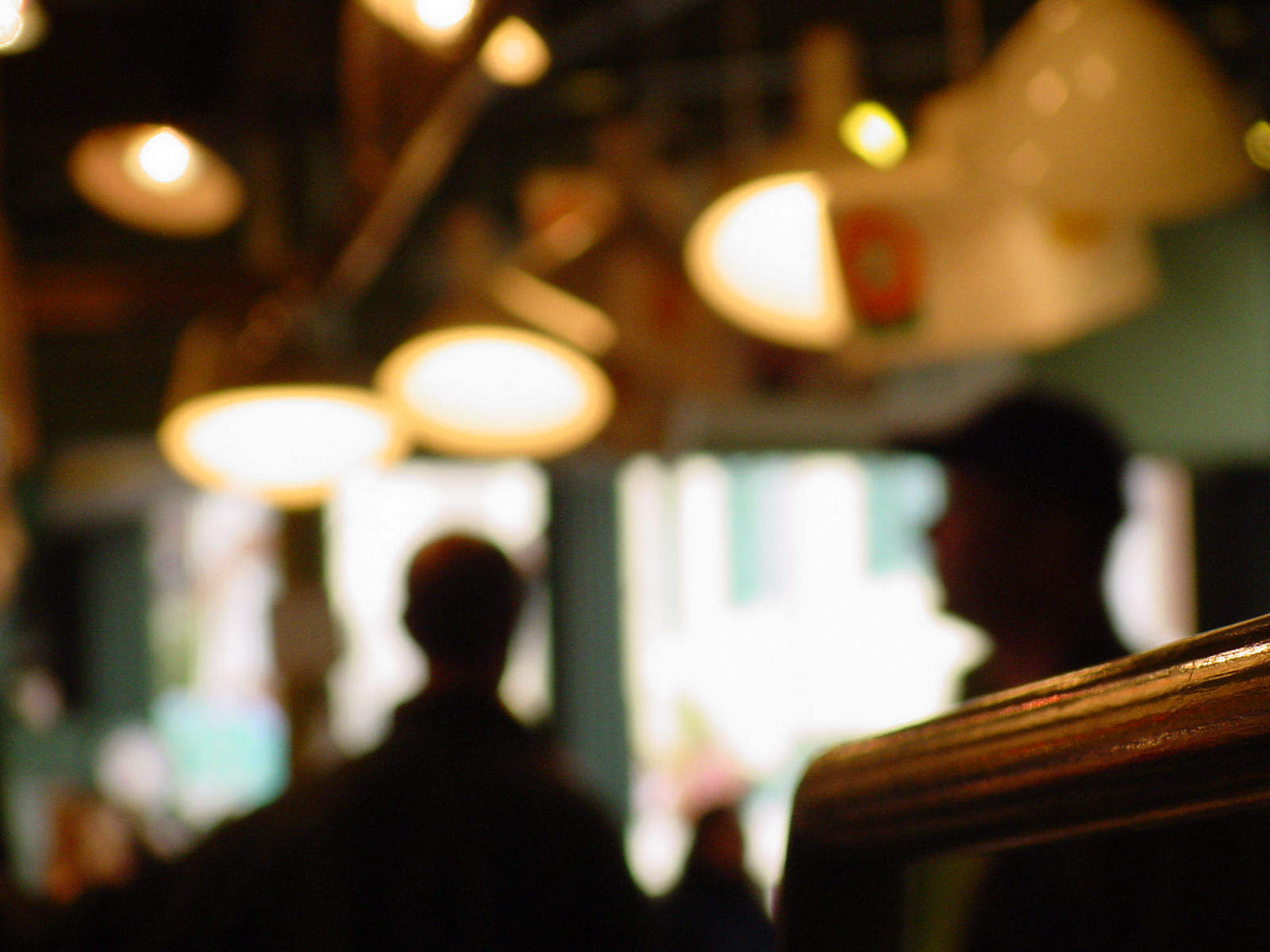 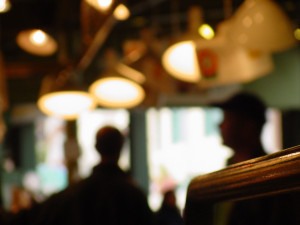 Definition of Chaos
This article defines chaos as environments that are experiencing complete disorder and confusion due to violent or damaging conditions. This includes civil disorder, also known as civil unrest, irregular warfare or terrorist and criminal action in the immediate proximity to your principal. To maintain mental clarity follow these simple instructions.

Keep Positive
It is easy to become negative when tough situations arise and when working in chaotic environments. Center your attention on positive problem solving within the scope of a bodyguard.

No Negative Self-Talk
In chaotic environments you must change your mindset from a self-defeating one to a mindset of positivity. Fill your mind with a new positive thought patterns, because negative self-talk will drain you very fast.

Useful Thought Patterns
Control mental habit patterns, because mental inefficiency causes things not to work to smoothly, whereas useful thought patterns will assist you in avoiding bad decisions, and actions. Take control of your mind and keep on the positive path.

Provide Solutions
Prepare for the worst and hope for the best by using your mind for problem solving. In chaotic environments the bodyguard above all must provide protection, direction and guidance. Formulate a plan; depending on the situation the solutions could range from covering and evacuation the principal to presenting the principal with a carefully thought out range of viable security options. Keep safe and God speed.

By Doc Rogers
(Humor)
Rules and Regulation
Welcome to the Shady Brook Retirement Home for Bodyguards.  We are very pleased that you are here and are confident that your stay with us will be a pleasurable one. We recommend that you take a few moments to familiarize yourself with our rules and regulations, as this information will certainly enhance your experience at the facility.
1. Bulletproof vests are prohibited to be worn over your issued retirement home clothing and gowns.
2. Wheelchairs shall not be utilized to form mock motorcades anywhere on the facility.
3. Earpieces for the hearing impaired may be worn, however radio communication devices are not allowed as they may cause interference to pacemakers, ECG machines and other medical equipment at the facility.
4. Sunglasses may be worn upon sunrise and must be taken off at sunset daily.
5. The nursing staff should be addressed as “nurse” and not Ms. Marron or Ms. Houston.
6. Walkers, canes and wheelchairs are prohibited to be utilized as improvised weapons.
7. None of the retirement home staff members seek the services of a bodyguard, please reframe from enquiring.
8. The doctors, nurses and facility staff members are here for your physical wellbeing and do not require bodyguard training, please reframe from enquiring.
9. When filling out required medication forms you must provide your true name. The names Kevin Costner and Frank Farmer are not permitted.
10. Reframe from playing the soundtrack of The Bodyguard loudly after 1900 hours as some of your ‘teammates’ at the facility may be sleeping.
11. Uncooperative behavior will result in losing your movie privileges of watching reruns of The Bodyguard.
12. We hope you enjoy your stay and want to thank you for choosing the Shady Brook Retirement Home for Bodyguards. Keep Safe and God speed.

By Doc Rogers
Be Ever-Vigilant
Bodyguards must be ever-vigilant for fast-moving threats towards their principal; but generally it’s the subtle things that you don’t recognize that are the most dangerous.  The little threats can amount to big threats. You need to be able to recognize these subtle, but dangerous threats by observing nonverbal communication from people within a crowd.
Attack-Related Behavior
Watch and study people’s faces, facial expressions sometimes they show warning signs of danger. Pay special attention to quick changes in expression. Notice all emotions, but especially watch for anger or expressionless faces in the crowd, pay particular attention to what’s in people’s hands that may contain a weapon.
Careful Focus and Swift Action
Careful focus and swift protective action must be taken against anyone whose behavior suggests a clear and present threat towards your principal.  If in your professional judgment an individual is posing a threat it’s your job to take immediate action. You don’t need anyone’s permission; it is your sole responsibility and no one else’s.  This should include anyone:
1) Displaying inappropriate or unusual interest or fixation upon your principal.
2) Approaching and/or following your principal (stalking).
3) Attempting to circumvent the protective coverage and security of your principal.
4) Displaying pre-attack planning and/or preparation.
5) That appears to have mental disorder, delusional behavior or aggression.
6) Exhibiting disturbing behavior, such as inappropriate intense emotions towards your principal.
7) Using threatening, inappropriate verbal communication or insults towards your principal.
8) Under the influence of drugs or alcohol acting abnormally or psychology impaired.
9) Presenting other threat warning behavior; weapon possession, red flag indicators, etc.
10) When conducting protective surveillance around your principal for the identification of warning behavior, you are looking for any behavior that indicates a clear and present threat.  Keep safe and God speed. 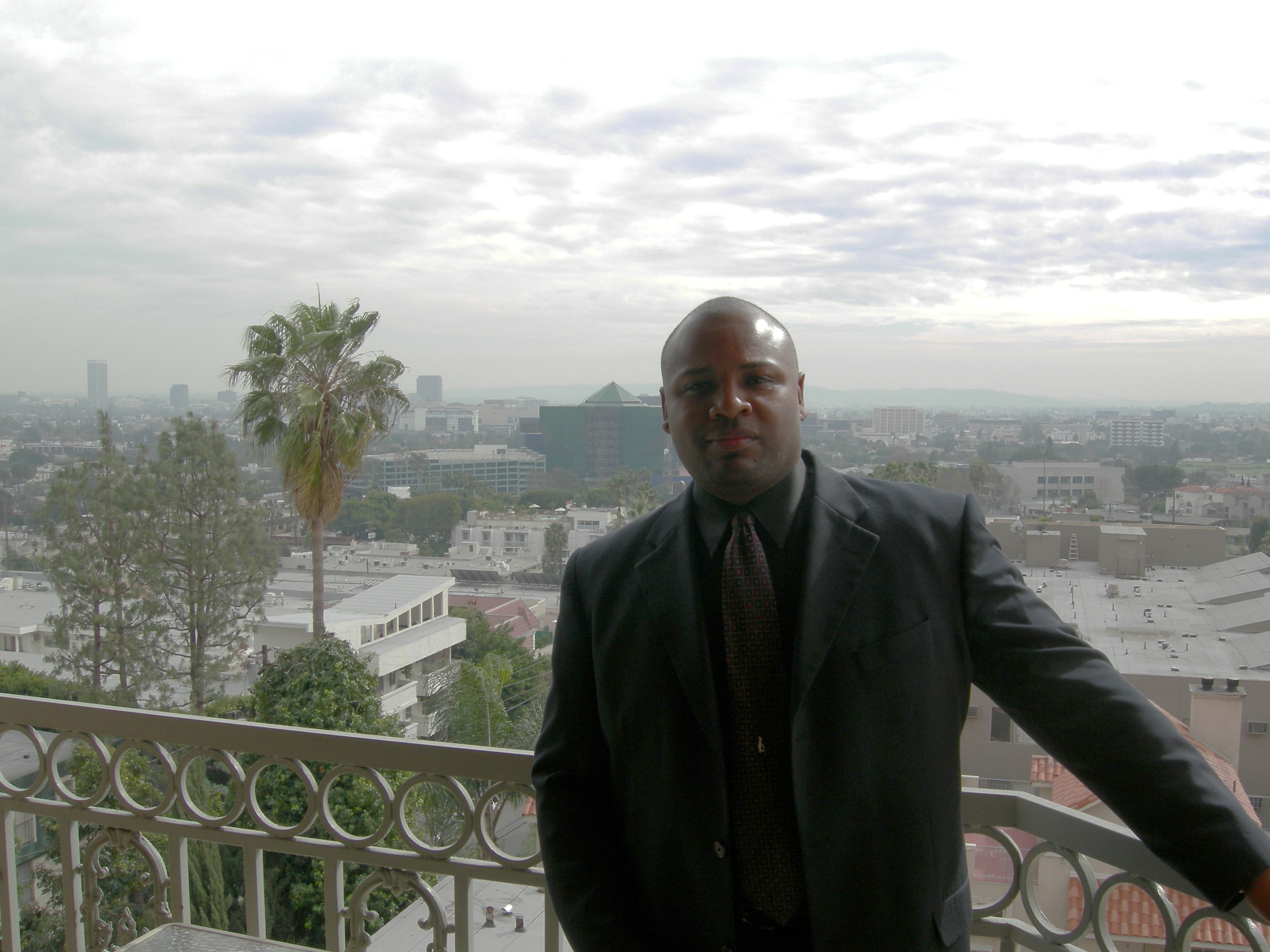 Let’s face it, there is little fame or fortune for the bodyguard plying his trade year end and year out. But that is not why most people become bodyguards in the first place. He is basically a behind the scenes operative, however always within arm’s reach of the principal.  The general public has no clue what it takes to be a successful bodyguard in today’s industry. It’s no longer about the man with the burly muscles, brute strength and few words.

Sure, you still need to be street savvy, with eyes sharpened to a razor’s edge. The two greatest dangers that today’s bodyguard face is the mind and the body going soft. You have to do things more intelligently and stay in the best possible shape.  Mind and body is what it takes; if you try one without the other you’ll be half a bodyguard. Exceptional work demands exceptional bodyguards in this day and age.
The hours are not great and the perks are not that generous in the bodyguard business, however the more you do, the more you get. You have to fight through the bad times to earn the best career of your life.  Either you control your career or your career controls you.  Your work habits as a bodyguard predict your future.  In other words, be true to the game and the game will be true to you.  If you enter the bodyguard industry there should be no Plan-B. Make it or die trying should be your motto. Look past the glamour and hype by taking appropriate action and having clarity about where you are headed in the bodyguard business. Plan and shape your future.
Develop a professional reputation, become recognized for your work ethic, professional attitude and be an unflinching true-believer in the bodyguard trade yet soft-spoken.  You must work on every facet of the job. You can just “look the part,” you must live the part of a bodyguard.  Believe in yourself and your abilities. Never sell yourself short. Keep safe and God speed.
Doc Rogers is the author of Corporate Executive Protection – A Manual for Inspiring Corporate Bodyguards and president and CEO of International Corporate Executive Protection Ltd. Doc has earned a Ph.D. in Security Administration from Southwest University and he is SE Asia’s leading expert on executive protection and corporate security. Be sure to check out Doc’s new book: How To Become An Executive Protection Specialist [Kindle Edition] 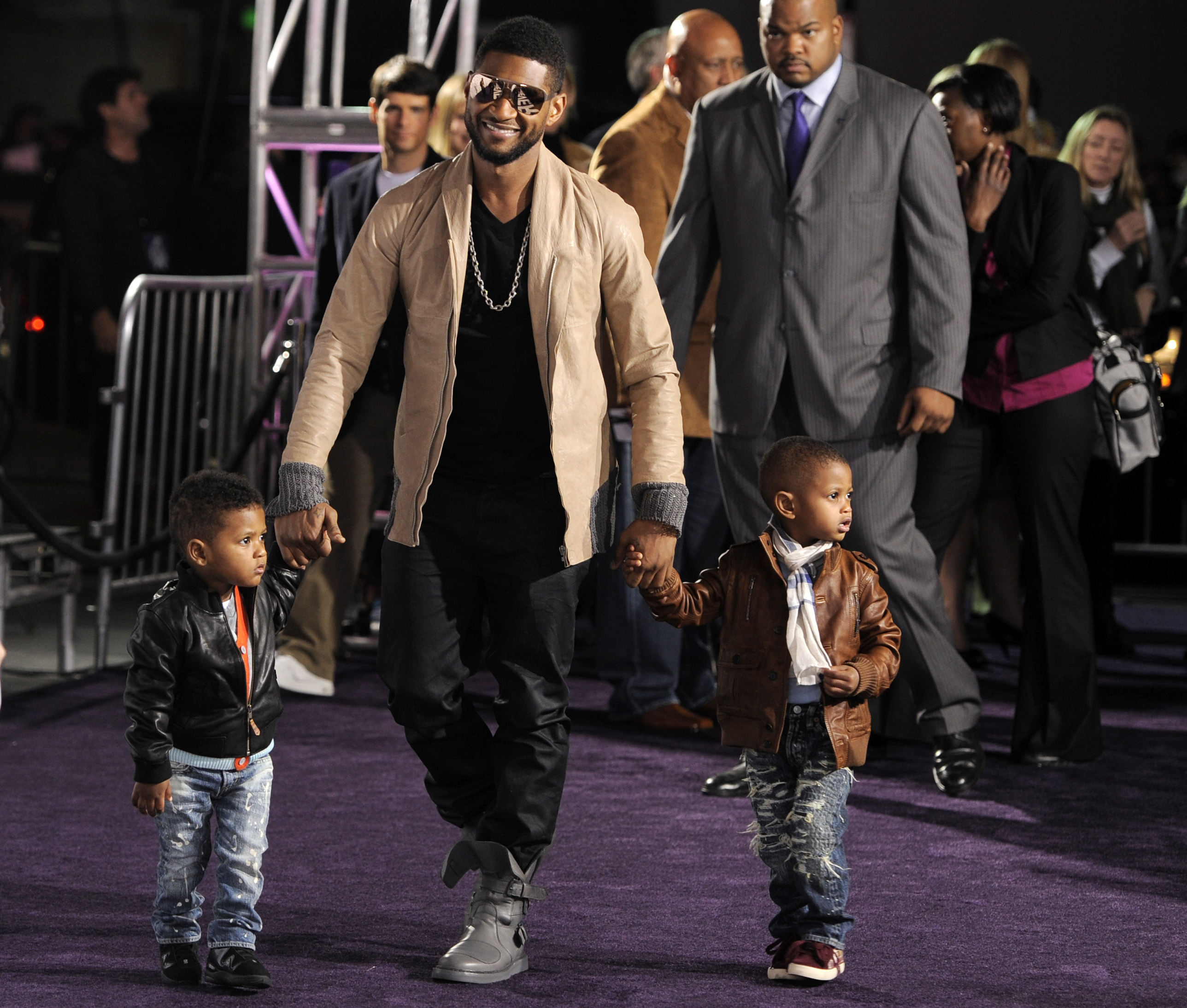 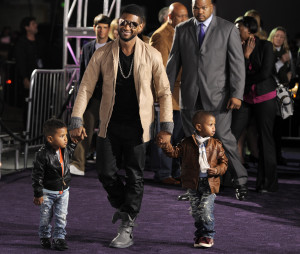 Being a modern bodyguard requires thoroughness in accomplishing logistic and protective tasks no matter how small. It’s a difficult and unglamorous with most of the work put in behind the scenes to keep the principal out of harm’s way throughout the world.

As a modern bodyguard you need a professional network you can call upon at a moment’s notice to support you in accomplishing your logistic and protective tasks.  This may include security drivers, area experts, venue security, vetted ground handlers, etc. The modern bodyguard knows that he cannot exist without the support of his professional network.  How strong is your current network?

Teamwork and self-discipline rounds out the modern bodyguards’ professional character; collaboration to combine the actions of a group of people to enhance the principal’s safety and the self-discipline to endure lack of sleep, starvation and high pressure while doing advance work and proving protective coverage. The modern bodyguard knows that working outside the comfort-zone is a must. When was the last time you’ve been outside your comfort-zone?

The modern bodyguard knows that advance work is the fundamental operational skill and the more time, sweat and effort expanded on crafting a perfectly choreographed arrival, departure and all the events in between the less pressure and frustration he will experience when “working the principal.” Therefore, the modern bodyguard has the determination and commitment to successfully complete the advance, even when hungry, tired and feeling miserable.  The more time you devote to your advance work, “getting it right,” the less susceptible your principal will be to threats when you are providing operation bodyguard duties.  Keep safe and God speed. 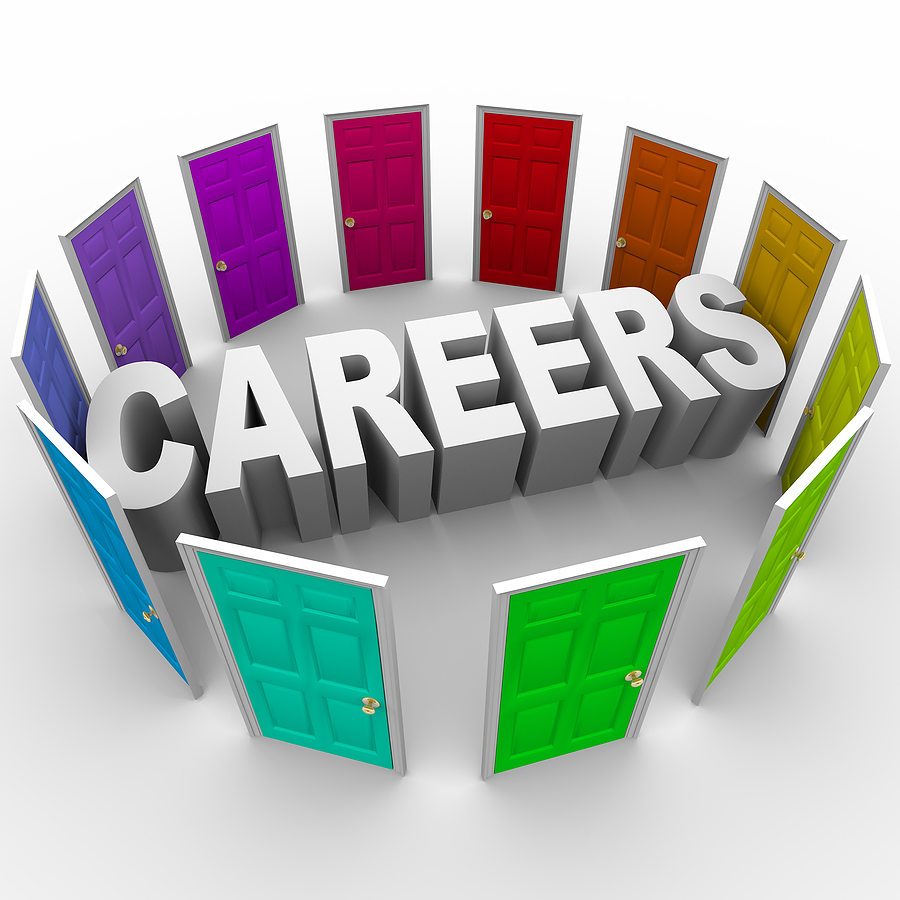 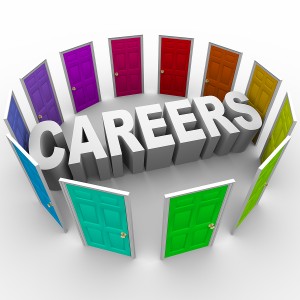 By Doc Rogers
1, Set Short Term Bodyguard Goals:
Taking action is the most important factor for accomplishing your bodyguard career goals, because without action nothing changes and nothing happens. Accordingly, what I want you to do is write down your bodyguard goals in a spiral notebook. Doing this is the only way to help you stay focused and to take focused action. Each day you must push yourself to take consistent and effective action in achieving the goals you have written. You should begin with the one’s you can achieve immediately.  These are your short term goals. Achieving your short term goals should get you closer to reaching your long term ones.
2, Set Long Term Bodyguard Goals:
The more complex, substantial  and long term bodyguard goals, such as attending a bodyguard training academy, becoming and expert marksmen and getting hired as a professional bodyguard are your long-term goals, however they should not be unspecified.
3, Set Bodyguard Goal Deadlines:
You need to set deadlines to accomplish your short term goals within six months and your long-term goals within twelve months. If you don’t set and meet your goal deadlines, you seriously can’t expect to become a professional bodyguard.  Short-term goals no more than six months and long-term goals no more than twelve months. Make a decision and do something towards getting closer to your goal of becoming a bodyguard.  Your total focus is to be closer to your goal today than you were yesterday.
Best Advice
4, No Perfect Moment:
Don’t use the “perfect moment” excuse; many use it as a crutch, don’t get started and never leave their comfort zones. Do not be one of them. Anything worth doing; is worth doing well. If you have discipline, drive and determination, nothing is impossible.  For today, you will do what others won’t, so tomorrow you can do what others can’t; successfully achieve your professional bodyguard. Start today. Keep safe and God speed.
Doc Rogers is the author of Corporate Executive Protection – A Manual for Inspiring Corporate Bodyguards and president and CEO of International Corporate Executive Protection Ltd. Doc has earned a Ph.D. in Security Administration from Southwest University and he is SE Asia’s leading expert on executive protection and corporate security. Be sure to check out Doc’s new book: How To Become An Executive Protection Specialist [Kindle Edition] http://www.amazon.com/Become-Executive-Protection-Specialist-ebook/dp/B00AAIFW32